How to use entity patterns?

Entity Patterns allow the entities to be defined in such a manner that they can be detected on the basis of the context under which the utterance has been made by the User.

Entity patterns can be added only in English for now.

When to use it?

It can be used in the following cases -

How to use it?

The emphasis on adding more variants in entity patterns is for ensuring that there is a reduced probability of false detections.

E.g - for the entity courses - The intent is to search for a course.

E.g - for the entity courses - The intent is to buy a course.

I want to buy a course on Machine Learning

Can you help me buy a course in Marketing and so on till 10 variations? 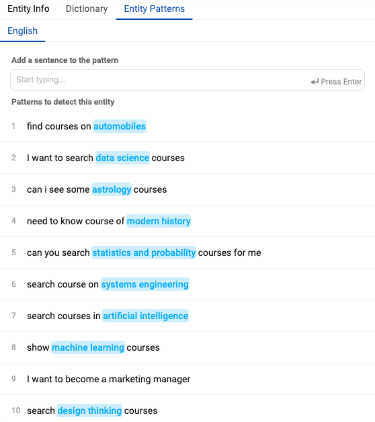 Below is the dictionary for the same. Please check that there are variations in the character and word length of entity values as well. This will make the IVA understand variations better.

The below image shows the detection due to the presence of character and word count variation in the entity values. 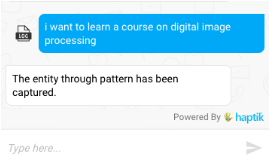 Aforesaid guidelines are illustrated in the image of Entity Patterns below - 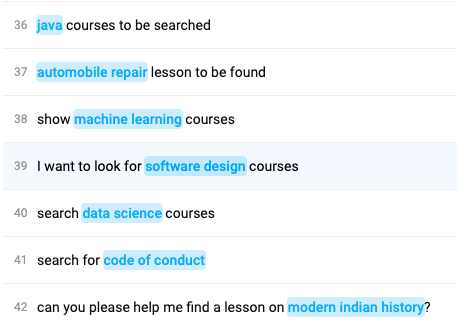 How do Entity Patterns work?

When the entity patterns are defined, the IVA is trained on both the tagged term and the context in which the term is used. This enables the IVA to calculate a confidence score on every User Utterance, on how likely a word or phrase is going to be a value of an entity.

The IVA should have detected an entity in a particular User Utterance, but it didn't detect the same. Following steps can be taken to fix the same -

Add that User Utterance to the Entity Patterns, ensuring that for a particular intent, 10 entity patterns are provided.

Add variations to the Entity Patterns as shown below. They are variations of the Buy intent in 10 different forms - 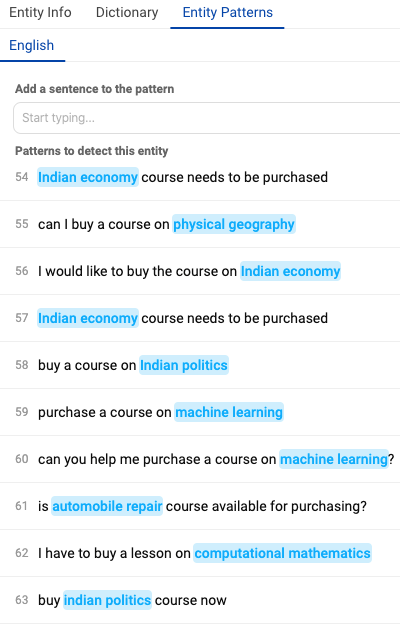 The IVA has been trained again after adding 10 variations and the Entity Pattern has been detected. 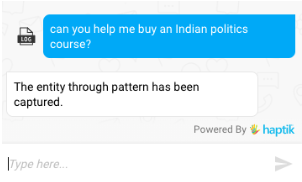 This is a case where the IVA is detecting wrong phrases as an entity value. Illustration in the image below - 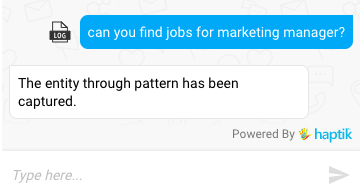 To fix the same, some Negative Variations without tagging the entity value have to be added to the Entity Patterns section, as shown in the image below. They communicate those cases to the IVA where detection need not occur. 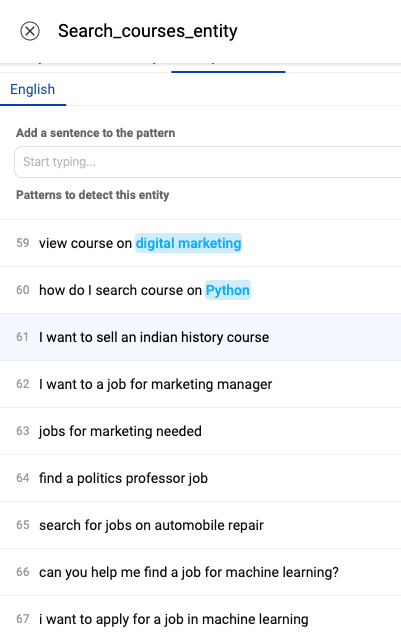 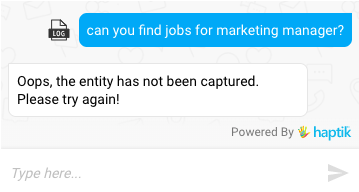